PT Senagan Energi,owned by PT Tamaris Hidro, awarded GUGLER Water Turbines the contract for the supply of a three vertical Pelton turbines with an installed capacity of almost 27 MW including the complete electromechancial equipment for its new Krueng Isep hydropower project, located in Acheh, West Sumatra.

GUGLER Water Turbines has successfully commissioned the new hydropower plant in June 2019, consisting of two Pelton turbines with almost 7 MW each and one Pelton Turbine with 12 MW power output, designed for a net head of 300 m.

The new hydro power plant will contribute significantly to the stabilisation of the public grid in Acheh Province.

Krueng Isep is the second contract which has been successfully completed for PT Tamaris Hidro after the commissioning of 9.8 MW Tanjung Tirta hydropower plant in 2018 (see picture). 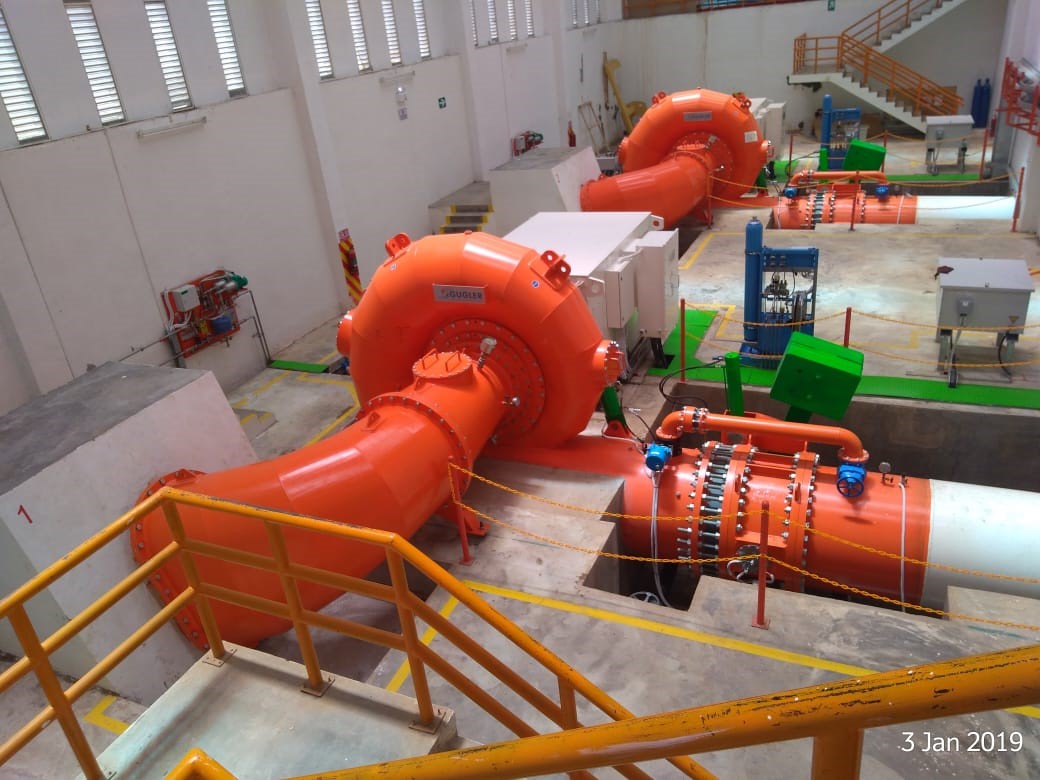 GUGLER Water Turbines GmbH is a leading supplier of – state of the art – turbine technology, supplying all types of Francis, Kaplan and Pelton turbines up to 25 MW per unit and related electro-mechanical equipment for small and medium sized hydro power plants (water to wire).

Cookies help us to improve our site. By using this site, you agree to our usage of cookies.OKInfos