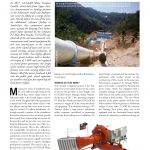 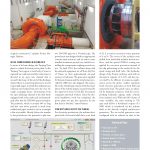 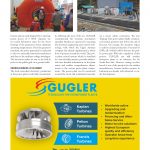 The Austrian Company GUGLER Water Turbines was able to demonstrate its leading position in the Indonesian small hydropower sector in 2017 with the takeover of a whole series of projects. Shortly before the turn of the year, another reference plant in Southeast Asia was commissioned: the Tanjung Tirta hydropower plant owned and operated by PT Maji Biru Pusaka.

For the new construction in the central area of ​​the island of Java with an estimated average annual production of around 63 GWh, GUGLER supplied the complete electromechanical and control technology equipment. Two highly efficient Francis spiral turbines with a 5 MW maximum capacity are used as central power generators, while the design of the turbines ensures high efficiencies even with varying inflow conditions. The energy generated will be fully fed into the public grid and will add another piece of the mosaic to improving the local power supply.

Cookies help us to improve our site. By using this site, you agree to our usage of cookies.OKInfos